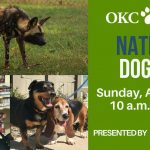 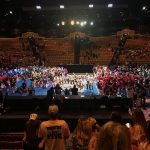 Hi everyone! I am in the middle of final production of my August/September issue, and am happy to be on track with production this year. I am really looking forward to moving Edmondactive forward as a business next year, finally, as it moves into its tenth year!

Don’t Tell Dena, Young Weather, Cavern Company will take the stage  Citizens Bank of Edmond’s Heard on Hurd will be back Saturday, September 15 from 6pm – 10pm to celebrate all things local at the intersection of Broadway and Hurd in Downtown Edmond and to honor the life of Chad Sparks, owner of Sparxx Sliders, who recently passed away.

Be sure to leave a donation at any or all of the food trucks at this weekend’s Heard on Hurd, to directly benefit the Sparks family in their time of need.

Sparxx Sliders entered the food truck industry earlier this year and participated in almost every event of the 2018 Heard on Hurd season. Donation jars will be placed outside each of the participating food trucks and will be donated to Chad’s family to help cover medical and funeral expenses. “One of the highlights of Heard on Hurd is seeing the community come together and lift up each other in times of need.” said Citizens Bank of Edmond’s President and CEO and Heard on Hurd creator Jill Castilla. “We are so thankful to be a part of this small, but quickly growing, food truck scene and being able to connect them with our own Edmond Community.” The Kid’s area will be as lively as ever with square dancers and the Edmond Fire Department. Located right next to the Kid’s area, the Oklahoma City Thunder Bolt trailer will be set up for festival attendees. You will also find Project Princess in our main lobby at the corner of 1st and Broadway. Something new this month – watch for surprise performances on the streets by USA Dance! The non-profit organization for September will be Turning Point Ministries. Turning Point Ministries is a faith-based ministry providing quality, affordable housing for qualified individuals or families in Edmond, Oklahoma. Their purpose is to develop new neighborhoods and build new homes for modest-income clients who work in or need to live in Edmond. Their main fundraising event is the Turkey Trot, a 5K run and 1-mile fun walk, which is hosted on Thanksgiving Day. More information can be found at Turning Point Ministries.  The Fine Arts Institute Edmond Youth Chorus will kick off the evening with a pre-show performance at 5:40 pm. Our main performances of the night start at 6 pm and include Don’t Tell Dena, Young Weather, and Cavern Company. The Oklahoma City based Psychedelic/Indie rock band Don’t Tell Dena was started by Chris Krummrich and Sean Kanaly. Later adding two fellow ACM@UCO students Campbell Young and Triston Lightner.  With influences such as Pink Floyd, The Killers, Walk The Moon, and Panic! at the Disco, Don’t Tell Dena began to discover their true sound. Now, Don’t Tell Dena is forging music of their own with new songs such as “That Way”, “Back to you”, and “Right Now” on their new EP. Young Weather makes electro-acoustic textural music, pop songs for a people surrounded by noises and demands on attention, music for the masses who want to listen at various levels, and in various places – including within themselvesThe music adapts to fill the place it finds itself, whether at a museum installation, a pub corner, a festival stage, or outdoor venue – all are filled with music that reflects on human experience with lyric and sound.  Entering the scene at a vivifying point in the music industry, Cavern Company brings a combination of sophisticated rock and roll, coupled with a foundation of rhythmic groove and invigorating pop guitar to create a timeless but accessible sound that brings fresh musicality and entertainment to the indie alternative genre. After choosing to pursue music as more than just a pastime, as sound was quickly fostered that is not only heard but felt, this being the mission of the band. To find out more about the event, like us on Facebook, and follow us on Twitter and Instagram

I couldn’t be happier to hear that Edmond’s City Counscil overwhelmingly approved the Sunnyside Diner plans to renovate the old service station on the corner of 2nd Street and Broadway. There had been one business owner who voiced concerns of parking and alley danger at the Urban Development meeting on the matter, but who has since voiced approval along with the Downtown Edmond Business Association. It’s time for Downtown Edmond to continue its path toward progression as it did when Cafe Evoke arrived years ago, as one of the few new businesses to arrive in the area at the time. For more information, check out this well researched article by the Oklahoman here:

CHECK THE ACCURACY OF YOUR CREDIT REPORTS

My physical absence has been noted around Edmond, but was for good reason. For the last 3 1/2 years, after my husband and I sold our home voluntarily, I have had to battle with the mortgage company to accurately and completely furnish the account’s information to my credit files. Sounds easy, right? Needless to say, not easy. I learned what had actually happened to our loan, and the law firm that allegedly helped us – actually didn’t. Without our ever knowing it (no one could have known, except for the company and of course, our previous law firm), we lost tens of thousands of dollars, that could have only been recovered under an unlitigated petition filed against me after I put my home under contract to sell, which I was never informed of by my previous law firm. Long story very short. As of today, I am under an agreement, and hopefully this company will furnish accurate and complete information to my credit files this next week, so the credit bureau’s will be able to fulfill their legal obligation to accurately and completely report the legally mandated reporting of this closed loan for the next 6 years. This is the short version of my nightmare. If you ever find yourself with damaging and/or inaccurate information in your credit files, be very careful. Contact a lawyer who is experienced in this specialty of law specifically. If you cannot find a lawyer or cannot afford one, read the FCRA very very carefully, first and foremost, and before contacting the creditor, contact Equifax, Experian and Transunion in writing, and be very brief, give them specifics as to what information is in error and provide them with physical evidence of the error and be very specific as to the correction you are demanding. In addition, be sure to ask them to mail you a copy of your credit report. Then and only when the credit bureau’s refuse to change the erroneous information, should your write the same letter to the creditor/company who first furnished the information to your credit files. Not doing so could mean the information stays put and this could cause a decline in your credit scores. In my case, I had the tradeline for the required reporting of this closed mortgage deleted twice and I lost hundreds of points from my credit score, which I am trying hard to rebuild. Lastly, the Oklahoma Department of Consumer Credit cannot help you even if they ask you to provide a complaint to them. My experience was that the investigator’s are trained on the job and didn’t understand what had happened either because they failed to look at the evidence or from lack of experience, due to a letter (despite clear evidence) on State letterhead telling me the Chief Examiner couldn’t see anything wrong, but if I found anything to let them know. This person then refused to respond to clear evidence given to him, the Deputy Administrator, and another investigator proving clear direct breaches of my mortgage and note, occurring after I had sold my home, as well as then current violations of specific laws this State agency is supposed to protect. I naively thought this agency was in place to protect consumers but they appear to only be interested in legislation and regulatory rule making. In my personal experience, this agency doesn’t appear to be interested in investigating large corporations even in the face of clear evidence. At all. So, be very careful to only report things of this nature to the Attorney General’s office, instead. In this case, I would suggest interviewing several, not one, law firms across the entire state, as most here in the metro represent or are on retainer by large mortgage companies, such as mine. I would absolutely NEVER recommend going down the road I traveled, in representing ones self, and had I been able to find a law firm that would have worked with me on their fees (allowed by law) and actually had looked at my clear evidence; this issue may have had a very different outcome. The Counsel for the mortgage company was patient enough by the end of last week to sit and attempt to understand the final  issue, and hopefully this matter will be a distant nightmare I never have to relive. For those of you who have had your identities stolen, I understand how you must feel to a small extent, and wish only the best for you to acquire accurate and complete credit files. If you would like to send a mortgage servicing and or credit reporting complaint to a regulator, my personal opinion for sending complaints in Oklahoma would be the Attorney General’s office, and federally, you need to contact the CFPB and the FTC. And most importantly, interview law firms, before you do anything, especially before you sell your home. Thanks for reading, stop by Tuesday afternoon for another look at what’s happening Around Edmond! Sherri 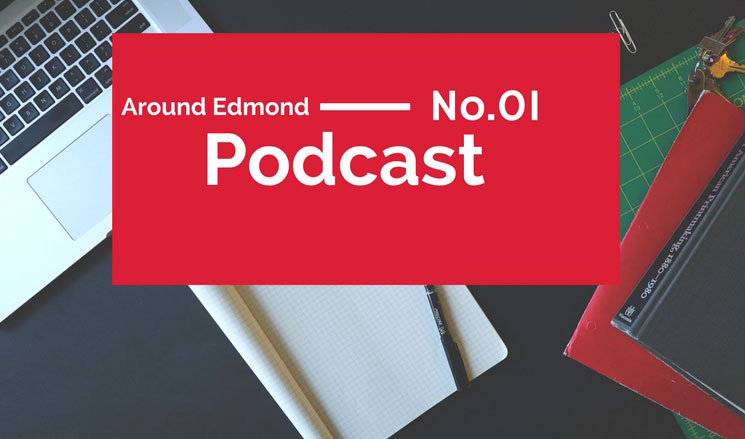 Around Edmond: Our first Podcast covering this week’s events! 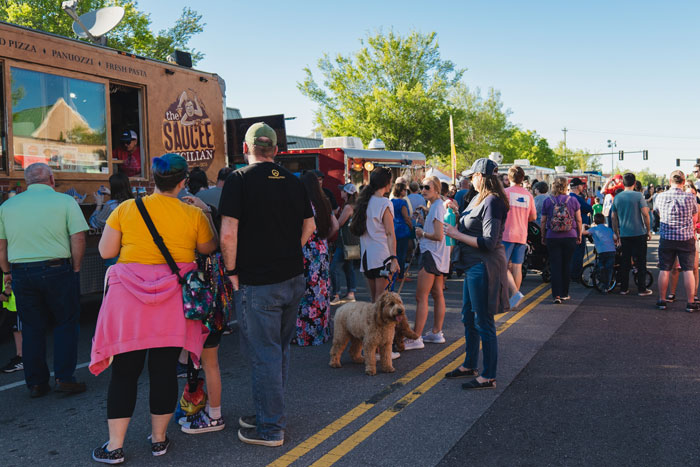 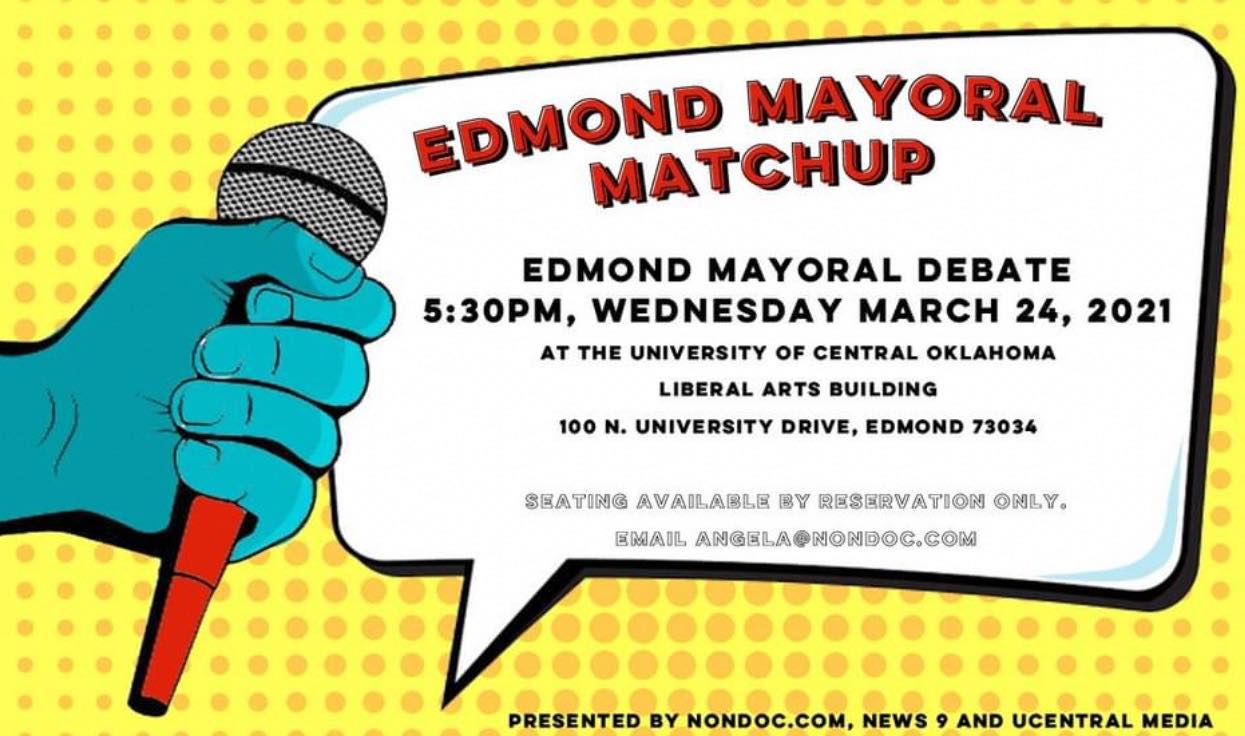