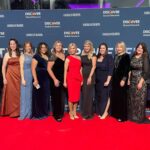 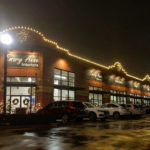 Hi everyone, I am posting this update here as an op ed, regarding our State resuming executions before the method by questionable lethal injection being currently used is tried to determine its constitutionality has been heard at trial, which begins on February 28, 2022. It has been a traumatic week for all of us so I will be short.

Last week saw our State’s first lethal injection execution take place to which AP reporter Sean Murphy (link to story above), and a few other media sources were chosen to witness. I won’t go into graphic detail, you can read the story here if you so choose, however, I cannot get behind executions that cause 30 minutes of torture. I only believe in the death penalty for cases that are so repugnant with clear evidence of guilt if no other method of rehabilitation is available or useful after actual attempts to do so, and I don’t sign off on torturing people regardless, as the bible says “Vengeance is His”.

I am horrified at the DOC trying to say that John Grant’s execution went as it was supposed to while it’s being challenged as unconstitutional, due to what happened in 2014. This 2014 execution caused executions to be halted by AG Scott Pruitt in 2015, specifically when it was discovered Mr. Glossip’s drugs were found to be inaccurate.

Doctor’s around the country state that midazolam as a sedative used in the proper dosage should not cause the violent reactions John Grant experienced, and that the amount was massive (in this case more doesn’t mean more sedation.) There doesn’t seem to be any understanding as to what experiences anyone would have with the massive dose used by Oklahoma per the Equal Justice Initiative.

Jumping forward, nothing had changed from the way these executions were carried out in 2021 from the botched execution in 2014, when the result of the 2014 execution, again, happened to John Grant almost identically, per the chosen witness accounts. As a civilized society, such hate to delight in torturing people is completely inappropriate and shouldn’t be a cause to continue on before the Court determines whether this method is or isn’t constitutional in its delivery with the results appearing to be inhumane torture. It’s not clear as to why the state is rushing the matter with 4 months until the trial.

Oklahoma Pardon & Parole Board recommends, a second time, that Julius Jones death sentence be commuted to life in prison with the possibility of parole Monday 11/1/21, with Mr. Jones execution date still set for 11/18/21, with only the decision of Governor Stitt remaining as to whether to accept or deny the recommendation

The Howell family of Edmond has definitely been on my mind and in my thoughts and prayers, as has the entire Jones family.

In 1989, I was a good friend of someone who was too murdered, by such graphic means I refuse to ever print what happened to her here at EdmondActive. The person who performed these acts against my friend was caught, directly admitted to the crime and was executed by a means that took all of 30 seconds, pretty straight forward, and I had no details on the older man who did this to my friend. I understand what the Howell family has lived through by the murder of Paul Howell, only in that trauma alone, as this execution of the man that murdered my friend only took 15 months to arrive at.

But, to be clear and not to be contrary, and as I stated in July 2020, I believe that the family was not told the truth for whatever reason by the then DA’s office, and that because of this clouded transparency, this matter is still going on. This experience none of us can imagine at all, after 22 years.

Also. The death penalty isn’t to be applied when the accuser has received benefit for their testimony. But also. The death penalty is reserved for cases without any reasonable doubt. That is not the case in the Julius Jones case at all. There is an alarming amount of reasonable doubt that Federal Defense Attorney Amanda Bass pointed out twice very distinctly, and robustly on September 13, 2021 and again November 1, 2021, that should have prevented him from being sentenced to death, much less charged and tried.

I am equally horrified that the State lobbed false claims that Edmond resident Angela Clark Little making Justice for Julius t-shirts was claimed as a budding t-shirt business arranged by Julius, that a pair of shoes his best friend Jimmy Lawson had customized to say “Julius” on them was an enterprising new shoe deal and claiming other false accusations that allegedly were recorded but transcripts of or recordings of these recent claims by the AG’s office were not provided to the Pardon & Parole Board as evidence of their claims Julius should be denied the ability to speak on his own behalf for the first time in 22 years due to claims of recent misconduct while Julius is in prison.

Mr. Jones sentence of death being recommended to be commuted to a life sentence with possibility of parole appears to have been the only choice of recommendations 3 of the 5 members of the Pardon & Parole Board states they could arrive at, citing they had serious questions and doubt regarding claims made by the State and surrounding the trial, the post trial activities and more, but the Jones defense team claims it was warranted due to inconclusive evidence that Mr. Jones was even at the scene, much less committed the crime against Mr. Howell.

It feels as though the entire family and friend set of Mr. Howell was left out at sea without a lighthouse in this matter, leaving them filled with hate and rage, understandably after losing their loved one, but due to the way they lost their loved one.

Now, whether the Governor of our State will consider the second recommendation for commutation of Mr. Jones sentence from the death penalty to life in prison and grant clemency and commute his sentence remains to be seen, his decision is the only step left between Mr. Jones being executed for a crime he personally told the entire world he did not commit, or execute him using a questionable lethal cocktail to which is being argued in Court February 28, 2022 as to the specific cocktail’s constitutionality.

The Jones family has been very vocal, and had every right to be, as it appears that some pretty substantial missteps in our justice system caused Mr. Jones to be charged, convicted and set to be executed for something he has vehemently denied doing for the past 22 years. The toll taken on the Jones family is also immeasurable, and completely unimaginable.

Larry Stevens of the Pardon & Parole Board said it best, there is something inherently wrong with our justice system when two people are charged in one case for the same things, and unlawfully the State makes a secret deal to cause one to have a life sentence be suspended and allowed, secretly, to be discharged from prison – no questions asked – after 15 years, apparently for turning State’s witness to save himself from the death penalty by making the initial accusation and testifying under oath that he received no benefit for testifying against and accusing Mr. Jones, while the other person is set to be executed, based on evidence that was not conclusively indicating any one person in particular was at the scene or had committed the crime, and while the public defense attorney chosen by the DA’s office ordered to represent Mr. Jones rested after he blocked Julius’ testimony at trial by failing to allow Julius Jones to speak on his own behalf, and again, at a later evidentiary hearing in front of a judge, by giving very bad but strong advice to Mr. Jones not to do so. Any one of us being accused of a capital crime, who know we didn’t commit the crime we were accused of, would listen to our attorney and not even one of us would assume any attorney would do such a thing against our best interests.

This is what I believe to be true, and is my opinion. I do not believe I am an expert, judge or jury in this matter.

This isn’t a spectator sport nor a political matter. It’s a matter of one human being being murdered, one human being getting a secret deal and a sentence of 15 years in prison who had the exact same charges as another human being who vehemently denied being at the scene much less committing the crime of murder being scheduled for what might possibly be an unconstitutionally carried out execution. Like I titled my previous op ed. This appears to have been injustice for all the people involved in this matter.

Two families were hurt in 1999, and due to the way this case was handled, both are still suffering. If you pray, pray for the Governor who has to make the final decision as to whether or not to kill someone which had and has substantial amounts of reasonable doubt surrounding their charge and conviction, and by all means, pray for the Howell family & pray for the Jones family, they both could use it right now.

Amplify: JILL CASTILLA NAMED ONE OF AMERICAN BANKER’S MOST POWERFUL WOMEN IN BANKING 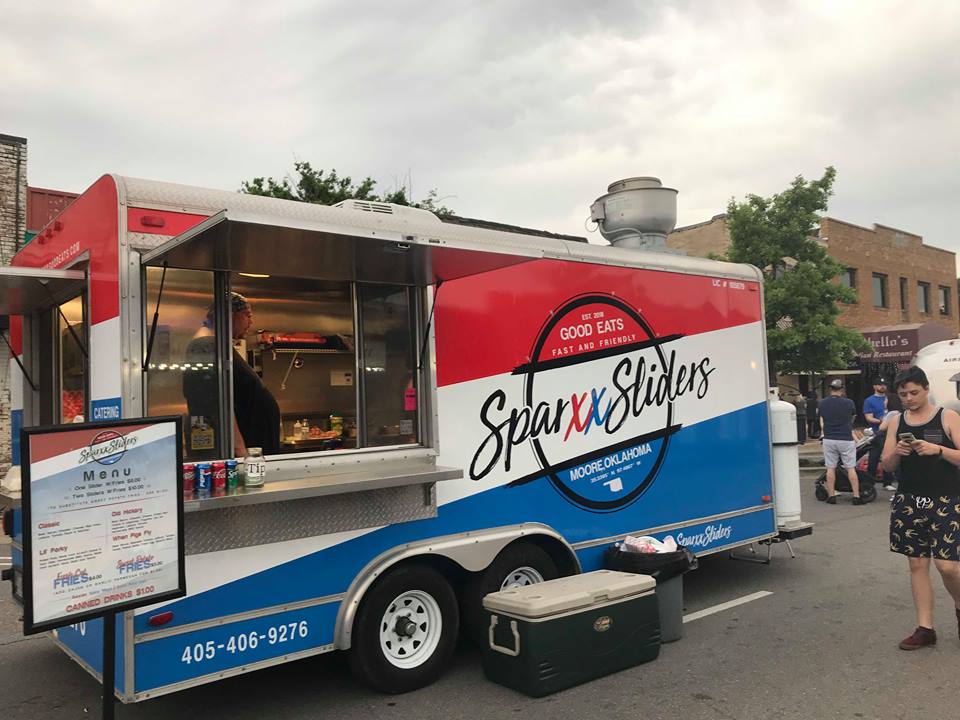 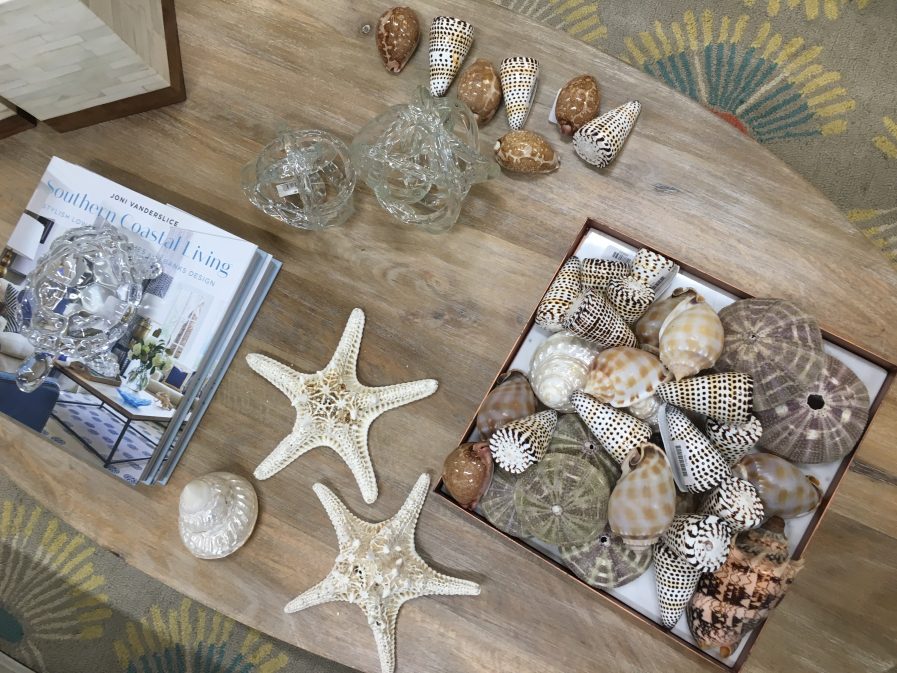 Around Edmond is back from hiatus!