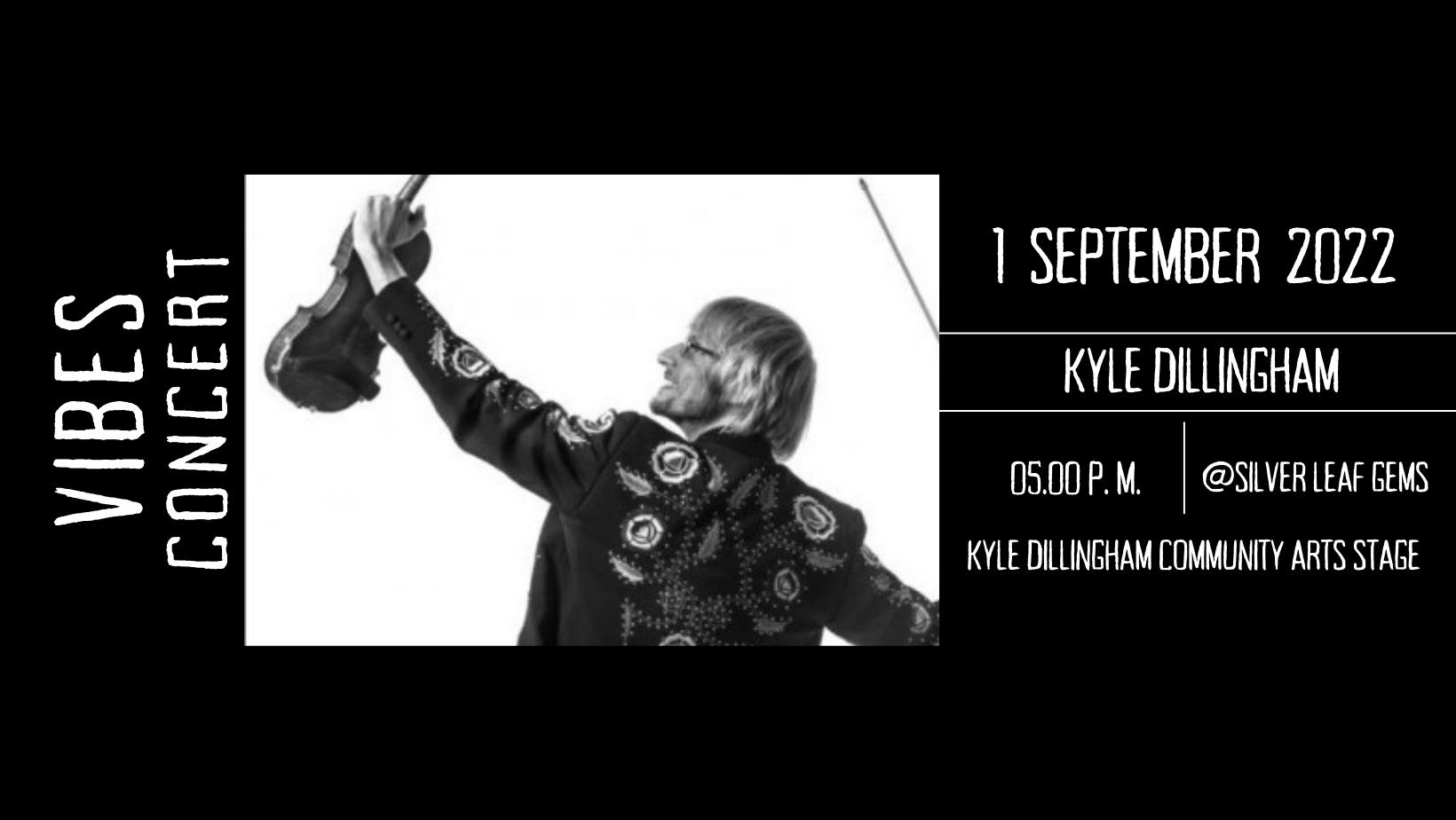 Join Silver Leaf Gems for a free concert featuring Award Winning Musician Kyle Dillingham during VIBES.
The concert will be held in the new Kyle Dillingham Community Arts Stage behind Silver Leaf Gems.
Kyle Dillingham, of Oklahoma City, started playing the violin when he was nine.
While still in high school, Dillingham was featured twice on Nashville’s Grand Ole Opry
and had performed with legends Roy Clark and Hank Thompson.
He later went on to receive his bachelor’s degree in instrumental music performance from Oklahoma City University.​
Dillingham has taken his music to 41 countries earning him the title of “Oklahoma’s Musical Ambassador.”
He has performed for the King of Malaysia, the Princess of Thailand, Beijing Central Conservatory
(broadcast on Chinese national television) and Singapore’s National Day Celebration.
Dillingham has also performed for many government leaders including the Japanese, Thai and
Saudi Arabian Ambassadors as well as for many US Ambassadors while abroad. ​
Kyle has also championed the commissions and performed the premieres of
8 new works for solo violin and symphony orchestra – collaborating with many orchestras worldwide!
+ Google Calendar+ Add to iCalendar