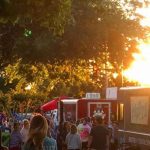 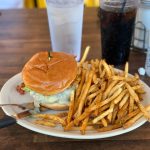 Hi everyone! Hoping all of you are enjoying your vacations and staycations. I’ve not had either for a few years, but I have to say I’m enjoying the photos everyone is sharing of theirs! Your photos and destination choices are giving me goals to work toward for sure.

This Around Edmond is very special to me, as it marks the start of Around Edmond’s 11th year. I remember so many told me it would never work because “real businesses” didn’t “mess around on the internet”. LOL. Also, 10 years ago, the brick and mortar businesses I visited with scoffed and downright laughed that within 10 years most people would be using their mobile phones to access the internet, and not only accessing the internet, using it to make the mainstay of their purchases.

And, yet, here we are. Read all the way through to read about a truly tough brick and mortar boutique from Edmond that is enjoying sucess on both fronts. She had to lose the first physical location to gain success in both arenas.

Surprisingly enough, only one of my local competitors has even made an effort to come to all of you where you are, even after overwhelming proof we are all online within social networks of our own chosing. This mentality has to change or locally owned independent business will continue to disappear. Over the next few months we will be featuring the best of our locally owned businesses online. You see some of them at EA’s daily feeds at Instagram, Facebook and Twitter. Citizen’s Bank of Edmond, EmoryAnne Interior’s and Botanical Bar, 2 Doors Down, Paper Arts, Serendiptity Market, Arcadian Getaways, Edmond Wine Shop are some of the independently owned businesses that have been online for over 10 years, and love interacting with all of you daily.

I took a bit of time coming back to the site to clear my pallete, and really reflect on Around Edmond, what I want it to convey to the community, as well as the same with my print magazine EdmondActive, with so many social changes and changes with technology and reader’s usage of print media. I will be bringing you more podcast’s that we love, more people making a difference in our community, along with more hands on daily content that Around Edmond has been known for over the last decade. Thanks to all of you who participate, whether by reading, providing information and or advertising to help keep the lights on and print bill paid, or just holding space while EA goes into a new growth mode. I appreciate every single one of you!

I am in final production of the new issue, just waiting for Heard on Hurd and their amazing Film Festival which is celebrating its third year! The July event is always fun outdoors, however, in July this indoor event is always a welcome respite from heat/humidity and this year the films are outstanding! Here is some more information about tomorrow’s Heard on Hurd event:

Citizens Bank of Edmond’s Heard on Hurd returns on July 20th  for its usual 3rd Saturday block party, with a special addition of their annual “Film Festival.”  Just like each and every Heard on Hurd, there will be no shortage of live music, food trucks, or local retail vendors.

The 3rd annual Film Festival will be held inside Citizen’s Bank of Edmond at 1st Street and Broadway. From 6:30 – 9 p.m., local short film producers will introduce their films to festival goers and answer any questions. “Every month we are so grateful that our little street festival brings together the best of all things local, but this month our community is able to support even more local dreams with the hosting of our 3rd annual Film Festival,” said Jill Castilla, Heard on Hurd creator and President and CEO of Citizens Bank of Edmond. “Citizens Bank of Edmond is a creative and innovative space where customers and community members alike can come together and watch a local film created by our talented local filmmakers.”

This month’s stage will feature performances by HoH newcomer New Time Zones, as well as a familiar face, Kyle Reid. Closing out the evening will be a returning Heard on Hurd all-time favorite Matt Stansberry & the Romance. On the streets, the band Deadweek, a local band with a single & EP in the works, will be performing at the corner of Main and Broadway at 7:45 p.m. Heard on Hurd’s headlining band for the July 20th event will be Matt Stansberry & The Romance!

Our headlining band for the July 20th event will be Matt Stansberry & The Romance! Read below to find out more about the band!

From an unexpected boom town in the Southern Plains, Matt Stansberry & The Romance has emerged with their own brand of rock and soul. It’s a sound of revival and a result of Stansberry’s idealistic perspective and anthemic songwriting, confidently placed in the hands of The Romance, a mash-up of some of Oklahoma City’s finest.

With inspirations from Memphis rock ’n roll, Detroit soul and New Orleans funk this nine-piece from OKC has rolled up its sleeves and spent many late nights crammed into a van traveling to the next town outside their Heartland home. And like the resilient people of their hometown, The Romance is focused on a bright future and making people feel good along the way.

While it’s the music that brought The Romance together, it’s in the community that’s formed around them that has made them inseparable. “The Romance is like an extended family”, says Stansberry. “It’s not only the members and guest musicians, it’s the familiar faces of fans who continue to show up. These people have become part of this family and have made us better.”

The featured nonprofit for the July event will be the Oklahoma Chapter of the Alzheimer’s Association.  Their mission is to “provide education and support to all those facing Alzheimer’s and other dementias throughout our community, including those living with the disease, caregivers, health care professionals and families.”

A couple of weeks ago Edmond celebrated Independence Day, and here in Edmond the LibertyFest week long celebration was spectacular, as always. The addition of the Wagner’s Carnival at Mitch Park was a tremendous idea, and hopefully it’s on the schedule next year. The Wagner’s Carnival set up at Mitch Park in North Edmond for four days during Edmond’s LibertyFest celebration. Josh Pape has joined Citizens Bank of Edmond to serve as the bank’s chief banking officer, a position in which he will oversee the overall lending and deposit initiatives as well as the strategic direction, of the bank’s global core lines of business.

“I’m very excited and grateful to be a part of the team at one of the most innovative community banks in the country!” Pape said. “Citizens’ engagement in, and commitment to, the local community is unparalleled. There is no better bank around and I look forward to being a part of the Citizens story.”

With the mark Citizens Bank of Edmond is making in the community banking industry in innovation, the bank is able to attract talent like Pape who will be assisting President and CEO, Jill Castilla, in further developing innovative opportunities in addition to ensuring the bank remains best in class for customer service.

Prior to joining Citizens Bank of Edmond, Pape served as the Senior Vice President and Head of Commercial Banking Division at Bank2. Tuesday, July 23rd, BNSF will close the railroad crossing on 15th Street west of Broadway and east of Fretz Avenue for upgrades. This work will take approximately three days with cooperative weather. Work will begin at approximately 7:00 pm on Tuesday, July 23rd, and is projected to be completed by 5:00 pm on Friday, July 26th. Traffic will not be able to pass in either direction, and motorists will need to find an alternate route. 1884 is a new concept by the Community Through Beer Group, who started The Patriarch in Edmond and Social Capital in OKC. 1884 will be a community hangout spot with a focus on craft beer, but will have an extensive wine and cocktail menu, along with a cigar lounge on a 2nd floor mezzanine overlooking the seating below. There will be some light food options and will be open to people under 21. CTB Group’s hope is to build a community focused place that continues to be a part of the growth and change in Downtown Edmond. Tees for the Soul new location in Bryant Square on Bryant just south of 2nd Street to open soon!

The owner of Tees for the Soul, Jerri, started an adorable clothing boutique over 10 years ago, that was forward thinking, had sizes complimenting every body shape and size, carried affordable shoes and accesories, previously located on Kelly Ave.

Then the economy downsized and her boutique closed. Just at the same time, the ability to have a Facebook shop arose and Jerri jumped at the new technology with Tees for the Soul flourishing online as a result. Not only locally – but worldwide, with a group of over 39,000 women, an impressive Facebook page boasting 1,100,000 followers and an Instagram following of over 58,000 people.

Tees for the Soul became one of the first locally owned boutiques to go from a popular local boutique to a flourishing online enterprise. Their website is fantastic, easy to use, and offers amazing discounts. Fast forward to a few years ago, Tees for the Soul reopened a physical location on Fretz, that had an opportunity to warehouse the inventory sold online but offer an opportunity to local shoppers to experience a runway experience while shopping.

As of July 19, 2019, it appears Tees for the Soul is again expanding to a new location in Bryant Square, on Bryant, just south of 2nd Street, next to Famous Footwear. It’s been a really long road, with suprising growth for this lovely local business and business owner, and I wish Tees for the Soul all the business she can handle! Well deserved expansion!

Thanks for reading, stop by Sunday to see what’s happening Around Edmond! Have a great Saturday!

Around Edmond: Citizens Bank of Edmond’s Heard on Hurd Draws in Families for Start of Father’s Day Weekend 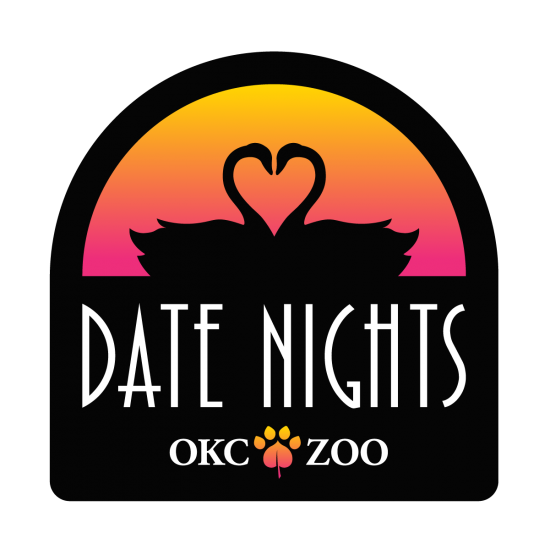 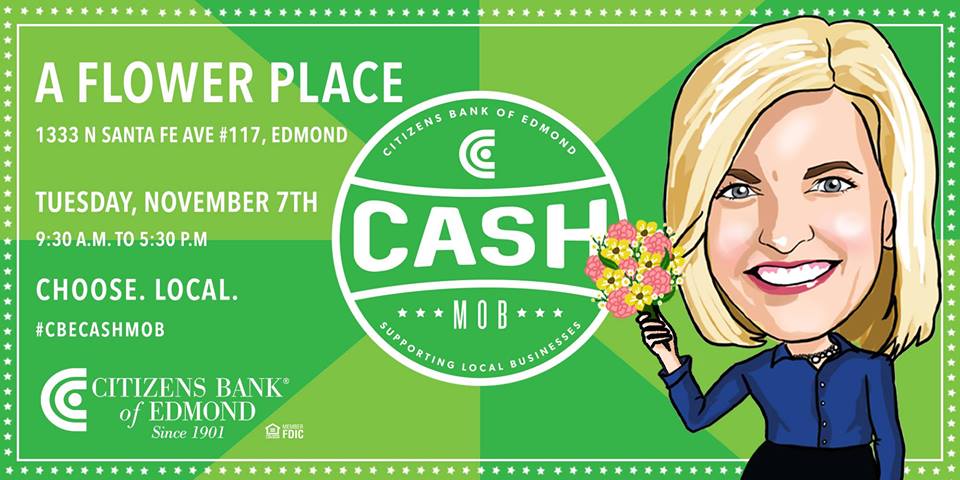 Around Edmond: CBE Cash Mob at the Flower Place Tuesday. November is for Home. Upcoming Events. 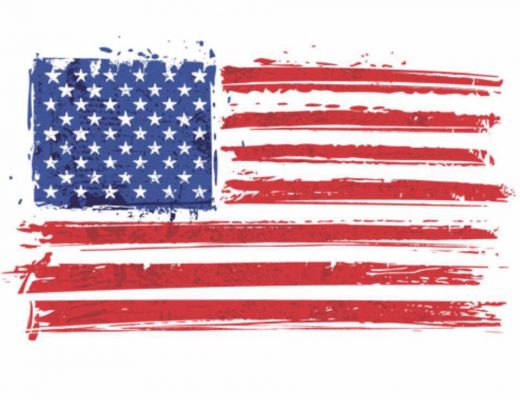 Around Edmond: Memorial Day a day of reflection. This week’s events. Welcome Summer!