On Tuesday, April 4, Edmond residents will be asked to vote on the so-called “Spring Creek Referendum,” a yes-no vote that will either allow or prevent the development of a shopping center and 325-unit apartment complex in Spring Creek, adjacent to Hafer Park.

Proponents of the $160 million development project argue that increased tax revenue and jobs from new shopping would benefit the whole of Edmond, not to mention attractive new housing for upwardly-mobile Millennials and empty-nesting Gen-Xers and Baby Boomers.

Those opposed argue that the project encroaches too far into Hafer Park, that its skyline would obliterate the view from parts of the park and surrounding neighborhoods, and that it would worsen the allegedly already-dismal traffic situation on 15th Street.

The project has support from the Edmond Chamber of Commerce and other business associations, while the main opposition has come from the Edmond Neighborhood Alliance, an organization founded in 1994.

The debate and controversy around the Spring Creek shopping center has allowed a timeless narrative, that of Business vs. The People, to spin up: a just-so tale of set-upon residents facing down an evil, greedy, foreign, faceless developer merely looking at increasing their own profit and ignoring the People’s Voice. To this end, some dirty politicking has occurred to try to skew public perception.

Here’s the reality: Edmond is largely the same as when I moved here 12 years ago, from California. There has been some sporadic development on the margins, but most of the city hasn’t changed a single iota since I was 13 years old and going to Cheyenne Middle School.

In California, development is everywhere. The entire southern half of the state is essentially one giant metropolitan mass; businesses and residents often live right on top of each other. There are unique stressors and tension points there that we don’t face in Edmond – and many would say that is to our benefit.

But where there is tension and stress, there is also a much deeper and vital sense of cosmopolitanism. People from all over the world move to the West Coast to start their lives, their families, their businesses. They mix with other cultures and other people and they make new things out of that mingling, that beautiful interplay of free association.

Edmond often struggles to provide anything approximating that.

Yes, I am aware that Edmond is considered a “bedroom community” to Oklahoma City. But it is also host to a university where thousands of people from all over the world congregate to receive a truly stellar education every semester. And when they graduate?

…They move to OKC. Or they move away.

Edmond is a great place to grow, but once you’ve grown up, it is made very crystal clear that the town doesn’t necessarily want you here. This is the perception of nearly every young person I’ve ever gone to school with, worked with or been friends with. It is the impetus behind blogs like the Lost Ogle’s marked distaste of this city. It is why the most popular places for young people to go are districts in Oklahoma City and Norman, not Edmond.

This change is not going to come from the city government alone – a city government that already been undertaking Herculean tasks towards the goal of maintaining our infrastructure and our parks, and updating and adding to the public services we all enjoy. In order for this vision of progress to be realized, public administrators and private businesses must work together.

It is fantastic that we have an opportunity to soberly consider the future of this community. But using municipal democracy and city government decree to beat back private developers building spaces on private land that will benefit everyone and open the door to more progress is wrong. Edmond is being asked to shape its own future, not based on a careful examination of the pros and cons of this project, but rather, on a reactionary “not in my backyard” stance, and the consequences of this choice will extend well beyond the immediate comfort of a few. 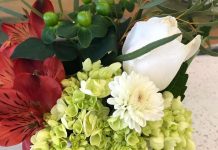 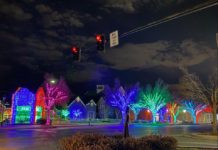 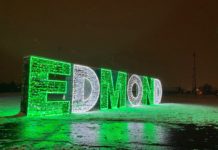 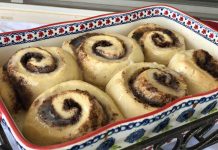 @davisformayor will be leading story time at @comm

Love this! So well deserved! From @citizensedmond

From the City of Edmond • We are receiving quest

Shot 1 down and amazingly smooth process. Thanks t